What Are Essential Oils?

If you are one of the many looking for natural products to treat health problems and prevent disease, look no further!

With essential oils, unlike pharmaceuticals, there are no side effects. Balance is what the body seeks, and this is what we experience when oils are applied, ingested or inhaled. 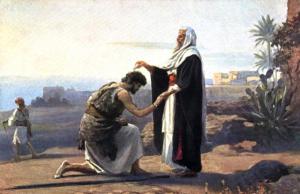 Essential oils have been used for over 6,500 years. There are over 800 references to essential oils in the Bible, sometimes known as ointments. The New Testament records that wise men presented the Christ child with frankincense and myrrh. There is another precious aromatic, spikenard, described in the anointing of Jesus: “And being in Bethany in the house of Simon the leper, as he sat at meat, there came a woman having an alabaster box of ointment of spikenard very precious; and she brake the box, and poured it on his head”
(Mark 14:3).

Essential oils were used extensively by the ancient Egyptians in the embalming process; for releasing emotional baggage before transitioning to the other side; in the Ebers Papyrus (1500 B C) included over 800 recipes for herbal and oil blends; when the tomb of King Tutankhamen was opened in 1922 there were 350 liters of essential oils.

The introduction of essential oils to the West occurred during World War I when the use of aromatic essences in civilian and military hospitals became widespread. One physician in France, Dr. Monciere, used essential oils extensively for their antibacterial and wound-healing properties and developed several kinds of aromatic ointments. The oils reversed the process of gangrene saving thousands of limbs from amputation.

Today, many people in Great Britain, France, Turkey, Germany, Austria, Japan, Scandinavian countries, and the Middle East use these oils. In the United States as well, oils are being incorporated into hospitals and complementary medicine clinics.

Essential oils are excellent at bringing equilibrium to the body and correcting that which is out of balance.
Some of their attributes are:

When an essential oil is diffused, it’s inhaled and processed through the olfactory system, which then sends the therapeutic benefits of the aroma to the brain. Depending on the specific constituents in the oil, you may begin to feel the release of negative emotions, the soothing of undue muscle tension, or experience the cleansing effect of the oils as your body eliminates toxins.

Emotional patterns can be released using essential oils. In 1989 researchers agreed that the amygdala – one of several structures in the cerebral cortex – plays a major role in storing and releasing emotional trauma and that aromas have a profound affect in triggering those responses. Fear and trauma can produce conditioned emotional responses that – unless released – will not only hamper our ability to live and enjoy life fully but can also limit the ability of some body systems to function properly. This can result in unexplained pain and illness as well as depression and other psychological issues.

Many of the bio-chemicals in essential oils – particularly sesquiterpenes – can increase blood oxygen levels in the brain.

The stimulation of both aroma and oxygenation seems to affect the amygdala in ways that facilitate the release of stored emotional blocks, both in the subconscious and in various body systems. Combining the aroma of essential oils and their inherent oxygenation regularly over time – accompanied by mental focus and intent – has proven to be effective in many cases for resolving unexplained physical problems that were rooted in past emotional trauma.

Pure Essential Oils Have Very High Frequency
The effectiveness of essential oils cannot be fully understood without some discussion of frequency.

Frequency is a measurable rate of electrical energy that is constant between any two points. Every living thing has an electrical frequency. Robert o. Becker, M.D., documents the electrical frequency of the human body in his book, The Body Electric. A frequency generator was developed in the early 1920’s by Royal Raymond Rife, M.D. He found that by using certain frequencies, he could destroy a cancer cell or virus. He found that these frequencies could prevent the development of disease, and others would destroy disease.

Bjorn Nordenstrom, a radiologist from Stockholm , Sweden , wrote the book “Biologically Closed Circuits”. He discovered in the 1980’s that by putting an electrode inside a tumor and running a milliamp D.C. (Direct Current) through the electrode, he could dissolve the cancer tumor and stop its growth. He found electro positive and electronegative energy fields in the human body.

Bruce Tainio of Tainio Technology in Cheney , Washington , developed new equipment to measure the biofrequency of humans and foods. He used this biofrequency monitor to determine the relationship between frequency and disease. Measuring in megahertz, it was found that processed / canned food had a zero MHz frequency; fresh produce measured up to 15 MHz frequency; fresh produce measured up to15 MHz; dry herbs from 12-22 MHz; and fresh herbs from 2-27 MHz. Essential oils started at 52 MHz and went as high as 320 MHz, which is the frequency of rose oil. A healthy body typically has a frequency ranging from 62 to 78 MHz, while disease begins at 58 MHz.

Clinical research shows essential oils, having the highest frequency of any natural substance known to man, and can create an environment in which microbes, disease, bacteria, virus, fungus, etc., cannot live. Truly, the chemistry and frequencies of essential oils have the ability to help man maintain an optimal health frequency.

Patients felt better emotionally when oils were diffused in their rooms. It seemed that, within seconds, these patients were more calm and less anxious with little exposure and inhalation. Certain oils acted within 1-3 minutes; others acted within seconds. It is fascinating to think that an oil applied to the bottom of the feet could travel to the head and take effect within one minute. The more results that have been seen, the more research has been initiated.

If you have tried essential oils and did not experience an emotional shift or a physical healing, you may not have been using our therapeutic grade essential oil. In this case, I invite you to give Young Living a try. You won’t be disappointed! Only pure oils that were sourced, cultivated, and distilled in accordance with Young Living’s strict requirements are used to create our proprietary blends. With more than 65 unique formulations to choose from, Young Living blends are used for everything from headache and releasing negative emotions, to supporting respiratory function and spiritual grounding. Since beginning my journey with Young Living oils in 2001 I have experienced amazing health, energy and youthfulness. I am grateful for the opportunities to help others with their health challenges and to inspire and empower them to live healthy and happy lives! I believe that as we heal ourselves, we heal the world! Ilka Handshaw, ~ Aromatherapy Consultant / Teacher, Speaker, Author, Spiritual Counselor, Pompano Beach, Florida.

We honor our stewardship to champion nature’s living energy, essential oils, by fostering a community of healing and discovery while inspiring individuals to wellness, purpose and abundance.